Click here to go back to the ‘Books page’

There was an egg… 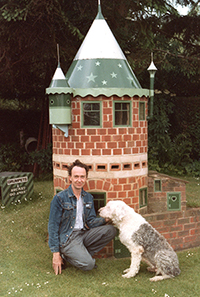 David Lloyd and ‘Poppy’ outside Grumpet Towers in June 1984

The idea for the “Dinosaur Days” series was hatched by David Lloyd and me in 1984. David invented a sort of ‘Dinosaur-speak’ – a repertoire of different vocal sounds for various characters in the stories. They didn’t speak as such, but communicated by humming, hmphing, hoo ha-ing or booming. These onomatopoeic sound effects were great fun and invited the reader to ‘perform’ the stories, which provided wonderful entertainment for children.

For some reason, however, we couldn’t interest an American publisher, so there was no invitation to do a second series. Sometimes I think we were ahead of our time, or perhaps it was because no one could look at ‘The Terrible Thing’ – it was just… too terrible. 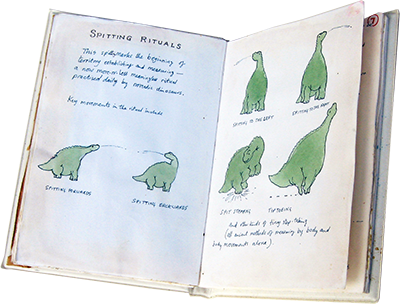 Some of the work inspired by my collaboration with David Lloyd: 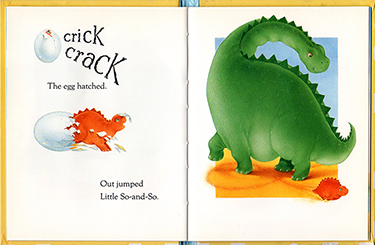 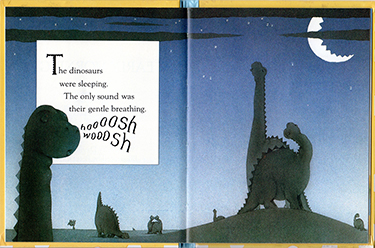 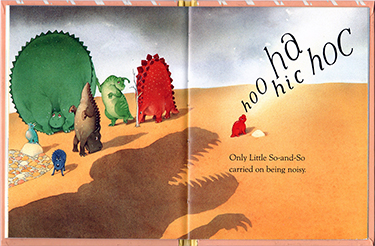 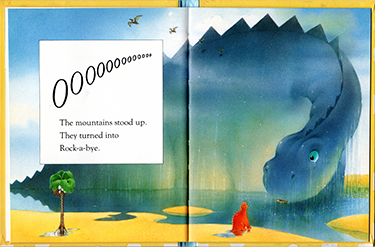 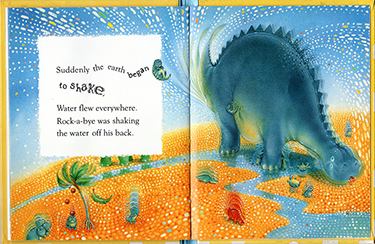