Click here to go back to the ‘Trumpets page’ 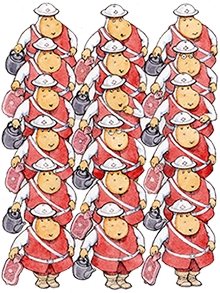 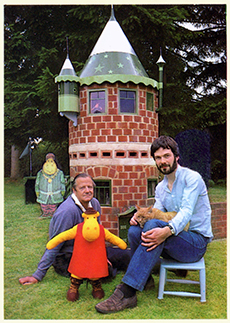 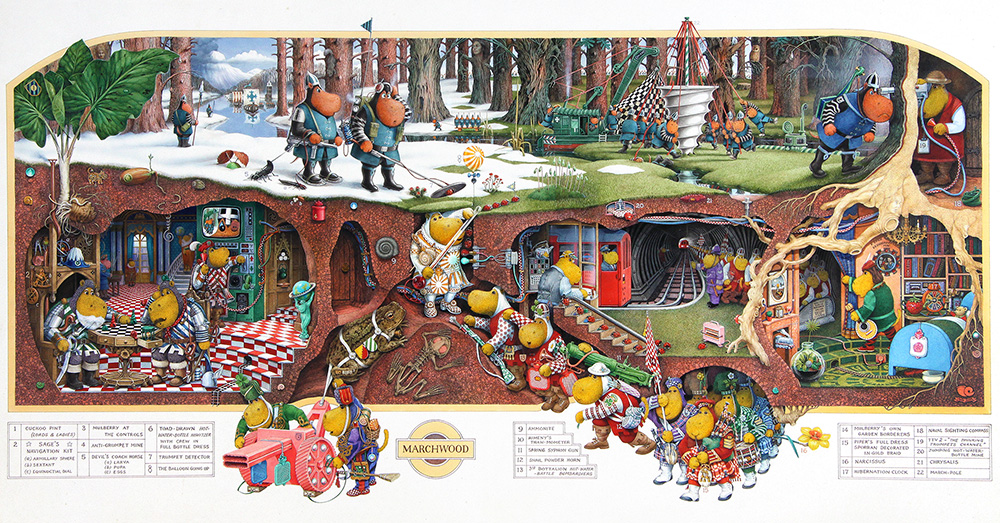 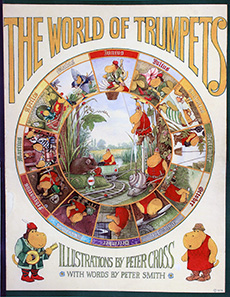 Some early roughs from the book → 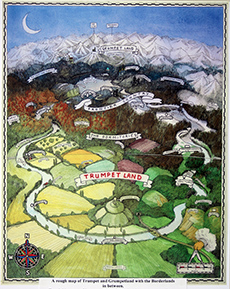 I love maps, and this is one of many versions produced for the book. The fundamental concept of the map was to convey the idea that ‘place represents time’. The passing of time and the cycle of the seasons are symbolised by a river that flows continuously round a calendar landscape. The river takes you through a land that is forever July to reach August, then September and so on. A complete circuit is a year.

The English countryside, the richness of its flora and fauna, and the cycle of the seasons – nature’s clock – fired my imagination, and the wonderfully illustrated children’s books from that ‘Golden Age of Illustration’ (1880 – 1920), gave me the inspiration to create the world of Trumpets. Trumpets are peaceful, gentle creatures, but are threatened by Grumpets – mean, warlike bullies, out to make trouble. This inherent duality, mirrored in real life – good and bad, light and dark, hot and cold etc…, is an underlying theme of the book, and the inevitable conflict between Trumpets and Grumpets drives the storyline.

When I first met Peter Dallas-Smith, he helped to build a framework of a story to link my ideas and artworks. My original intention had been to make a calendar of 12 posters for each month of the year and some of the artworks were already completed. Peter had the difficult job of writing the story around the pictures. Gradually characters were created, plots were introduced, and with Peter’s text the world came to life. After 7 years ‘Trouble for Trumpets’ was published.

Some selected artworks from the book presented as posters 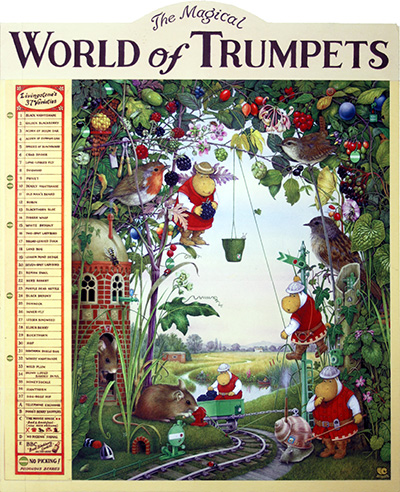 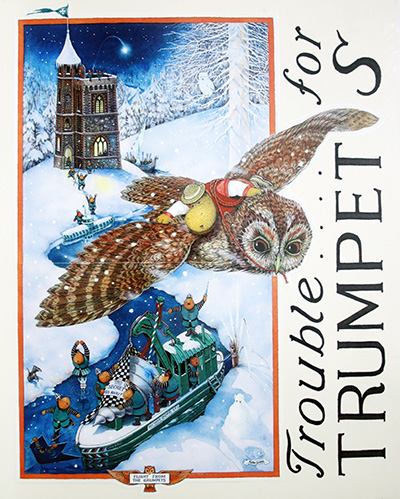 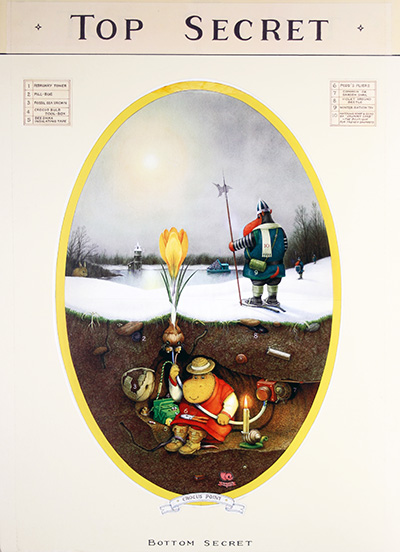 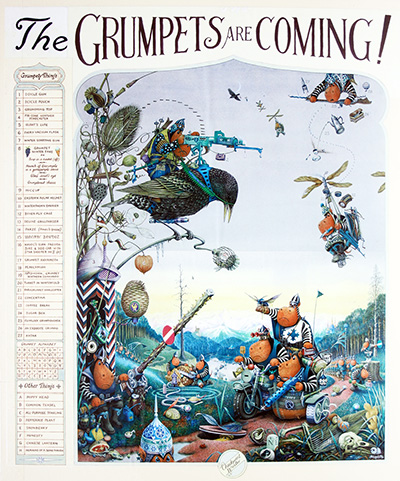